Art, the Rubber Duck and Love

Art, the Rubber Duck and Love

Three events coincided recently which raised the perennial question of ‘What is Art?’.

The first was the death at age 89 of the renowned art theorist and philosopher Arthur Danto in October; the second was the appearance in news media of an oversize rubber duck which had so far visited 14 international ports (including Auckland in 2011); the third was a very amusing interview with Charles Firth who, as director of the Sydney Museum of Words convened an exhibition of ‘donated’ words. 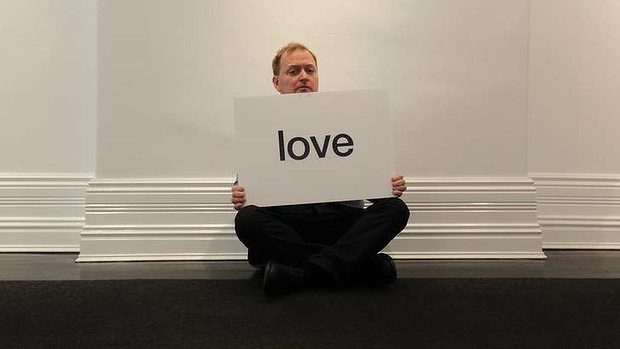 Charles Firth in the gallery with his donated word ‘Love’

Arthur Danto was the art theorist who confronted the question of whether Marcel Duchamp’s famous urinal (titled Fountain) was Art.  He declared that it was, and that art had entered a new era.  Previously its task had been some form of imitation, now, it serves a new purpose.

He decided that the description of a work as Art could apply to anything that is considered such by the institution that describes itself as the ‘Art World’.  So, according to Danto, although anything goes, it is the academics, practicing artists, critics, dealers and buyers who decide whether it is Art.

Reportage of the Rubber Duck’s visit to various ports around the world is always accompanied by the description of its maker as ‘Artist Florentijn Hofman’.  His work seems to focus on the production of large blow-up Disney type animals.  His website says: ‘The Rubber Duck knows no frontiers, it doesn’t discriminate people and doesn’t have a political connotation’.  That hardly needs to be said; like Disney, its appeal, although mildly amusing, is to sentimentality and familiarity. 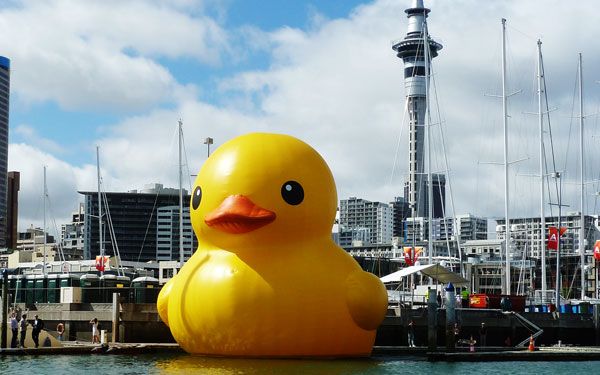 Thousands of people worldwide have flocked to see Rubber Duck.

Charles Firth’s exhibition consisted of a series of words, donated by celebrities, printed onto paper and mounted on the gallery walls.  Firth made headlines by describing the exhibition he had organised as a scam. He claimed he was able to collect such a large amount of funding from public institutions that they had to import French champagne to use up all the money.  He claimed that if such a “stupid exhibition” was able to get such funding the system was broke and should be abandoned.  He was then fired as Director by the Museum staff who claimed that the exhibition was serious and not the “wankfest” he had implied.

Two of the words that might usefully have been exhibited in Charles Firth’s exhibition could have been ‘Art’ and ‘Museum’.  These words have, in the past, always been accompanied by a brand association with uniqueness, distinction, enlightenment, reverence and above all value.  This has been expressed through the mind boggling prices paid for these ‘treasures’.  (Andy Warhol’s Silver Crash painting at US$105 million was a recent example.)

Partly because of this market, art has become an industry supported by exactly those pillars of the Art World that Danto was referring to – schools and academics, dealers, galleries and investors. The Art World is now a significant contributor to both national identity and the world economy. It is worth billions of dollars.  Just like any other industry in the free market economy the Art World has an interest in expanding the scope and influence of the sector.  One of the ways this is done is by perpetuating the ‘esteemed’ branding within an ‘anything goes’ culture and by promotion through an uncritical media that requires a constant supply of entertaining stories.

While Danto did suggest that anything goes, he thought that art should have a subject, an attitude, and should provoke viewers into asking questions of themselves.

It is claimed by some that the Art World has no function except to perpetuate itself and satisfy the egos of its participants.  I prefer the idea that it has the important role of exposing its audience to unfamiliar worlds and ideas at the same time as undermining the certainties that all institutions manufacture. One of those is the idea that Art is sacrosanct.

Could it be that Charles Firth is wrong and that his exhibition has been very successful at raising questions about the function of Art?  Meanwhile the Rubber Duck continues to find audiences world wide.  How do you like your cup of tea?  With sugar?  Or with a bit of lemon?